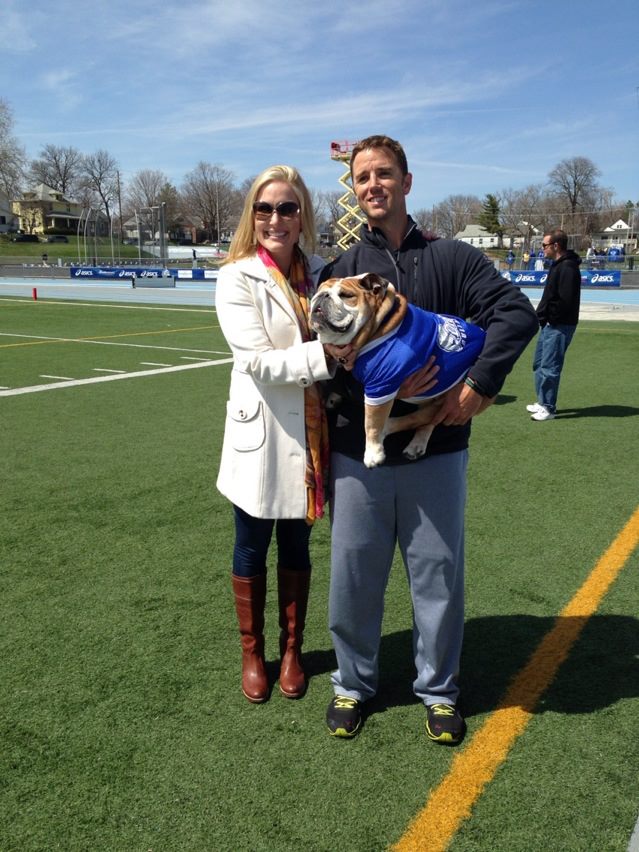 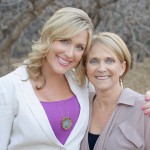 Billy and I just landed in Phoenix after two nights in Des Moines. We go to Des Moines every April for the Character Counts of Iowa dinner. Billy and I really believe in this organization and the values it instills in young people. We believe they will change the world if they can reach more lives. Visit www.charactercounts.org to learn more about the 6 pillars of character they are teaching throughout the country. Make sure you teach them in your home and then practice what you preach!
That being said, we had our plans to go to Iowa for this important event when the Drake FIJIS (Billy’s fraternity) offered to raise money for Colleen’s Dream during their philanthropy week. They asked whether Billy would be willing to compete in a kicking contest against Drake student organizations. How fun is that?!? What a great idea to use his platform as an NFL kicker to bring awareness to ovarian cancer on a college campus!

We were game and got to work planning!! We set a lofty fundraising goal of $5000, but by last count, they exceeded our expectations by almost $2000!! We can’t wait for the final numbers to come in. We are so proud of these outstanding men!! I feel so lucky I married a FIJI because these guys are not only extremely intelligent and hardworking, but they are fun and funny!

Being in Des Moines the last few days was honestly quite overwhelming.

I knew I would be forced to talk about my mom in the past tense. I am just not there yet. In my mind, she is on a really long, wonderful vacation, but is coming back soon because she misses us too much to stay gone long. Denial is my best friend right now.

Billy was really understanding and took the lead with the media, but I was still going to see friends that would graciously ask how I am doing. On a side-note, I really love it when people ask how I am. I also love it when people acknowledge the loss of my mom with a simple, “I am sorry.” Her life is worth the acknowledgment and so is my pain. Both are very real. It is difficult and uncomfortable to ask someone how they are doing because when a person is grieving, you never really know what answer you are going to get, so I have found that a lot of people don’t ask, which honestly hurts my feelings. People who know me well, know I am hypersensitive. If people don’t ask, I often wonder if they care that I am going through something so traumatic…or maybe they don’t know? My mind wonders. I tend to settle on the idea that they are uncomfortable bringing it up because maybe they don’t want to make me sad or cry. I am always sad and I am always thinking about my mom, so bringing her up, changes nothing except the fact that I now have a brief minute or two to be honest, plus I know you care. People who ask this question are bravely opening a box that maybe they aren’t ready to look inside, but they do it anyway.  I am thankful for these people and not only their willingness to ask, but also their willingness to hear my answer, which varies by the minute.

Ok, sorry about that tangent.

So, being back in Des Moines was difficult, but I am so happy I went. It was wonderful seeing so many caring and concerned friends. We have such an amazing community there and the love runs deep. It was special being on Drake campus and thinking about how much my mom loved that school and how proud she was to send 3 of her daughters there. Drake had such a special place in her heart and she made so many great friends over the years, many of whom she stayed in touch with through the last decade. I was choked up the entire weekend watching 18-22 year-old  students raising money and kicking footballs in her honor. How exciting is it that they also think her legacy is important to protect?!? My mom is going to change the landscape of this disease so that your moms,  sisters, daughters and friends won’t have to suffer the same fate.

The “kicking” portion of the weekend was a BLAST!!

On Thursday evening, teams of 3 students came out in the freezing cold to see how many footballs they could kick in 3 minutes. There were so many great teams, but only the top male team and the top female team would make it to the finals to compete against Billy.

Billy wanted to even the playing field as much as possible because he thought it would be fun for the students to actually beat him. We figured with the set-up that both teams would beat him, but we were totally ok with that because it would make it that much more fun for the students to participate! Its no fun when you don’t have a chance to actually win! So, Billy kicked alone against teams of 3!! 40 yard field goals, as fast as he could, for 3 minutes!!! He was exhausted, but was smoking the ball!! He missed a couple, but made 24 field goals in 3 minutes, which is amazing considering how far the ball was flying. The ball-shaggers had to run 20 yards after most balls and then another 40 to get them back to Billy to kick. Needless to say, he was exhausted after!!! I keep asking him if he will participate again, but I think that if he does, he will bring in a couple other NFL guys to split the time with him. The chance of injury during a 3 minute all-out kicking drill is just too high and he can’t afford to tweak anything at this point in the off-season.

The male and female teams did great. All of them played soccer so they could kick well. They were all athletic and had a blast with the challenge…we were very impressed with their enthusiasm and ability.

I think we should have made it more fair and either moved the male team up 5 more yards, or the female team back 5 yards. The girls kicked 20 yard field goals, but the guys kicked from 40. I think we gave the guys a bit too much credit and too little to the girls. I am interested to get their feedback.

We’ve learned a lot on how to do things better next year, but this year was so much fun and we raised so much awareness and money for our organization. Thank you to Drake, FIJI and to everyone who came out to support us. Next year will be even bigger and better!!